I originally posted this on the Old School Otaku Lounge here on June 29, 2017.

As much as I enjoy the actual reviews of classic anime, I also greatly enjoy the stories of how people managed to get their hands on some of these mysterious Jah-pur-nees cartoons back in the day. While I have no war stories about getting the last tape at the end of chain of VCRs, I thought it would be a neat exercise to include my own story here as I put down my thoughts on a movie I watched a four days ago: Aim for the Ace! (1979). This is less a review and more just my impressions on the film.

Although I live near Boston, I’m actually currently visiting my parents in Hawaii. About a week ago I took a trip over a Book-Off nearby to look for some raw volumes of manga (I ended up getting the whole set of Naoki Urasawa’s Pluto and Takemiya Keiko’s Legend of Isaron) and it occurred to me that I should take a look to see if there’s were any anime BDs from Japan. After scanning through a sea of live action DVDs, I found only a single one: Aim for the Ace! $20 for a release that retailed originally for 7800 JPY (~$70); it was a no-brainer to put it on top of my stack of manga. 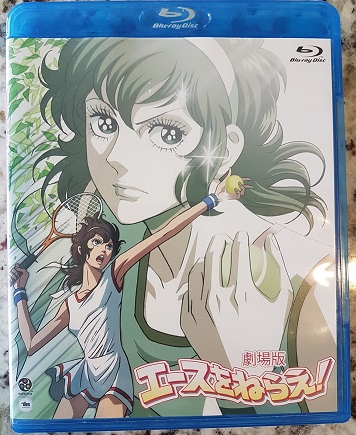 Aim for the Ace was a title I had been meaning to check out for a number of years due to the following reasons:

Now normally when a series is adapted across several TV series, movies, or OVAs, I try to watch them in order of release date regardless of the chronological order of events in any source material (GE999 TV was somewhat of a bizarre experience). In this scenario I opted to go ahead with watching the movie before the original TV series (1973-1974) because I actually had a physical copy of the movie in my hands and I had heard that the original TV series kind of dragged. So I popped the disc into my PS4 and sat back as the main protagonist, Hiromi Oka, briefly introduced herself and the OP began. If I somehow wasn’t able to get the idea from the obvious visual qualities of the film, the OP (which plays a total of three times throughout this movie) left no ambiguity as to what this movie is about. While I was listening to this song I had to resist urge to pause the movie and hop on board the Arcadia.

Youth, a dazzling season. Youth, the wings of freedom.
Time to set off in pursuit of a shamelessly youthful dream. 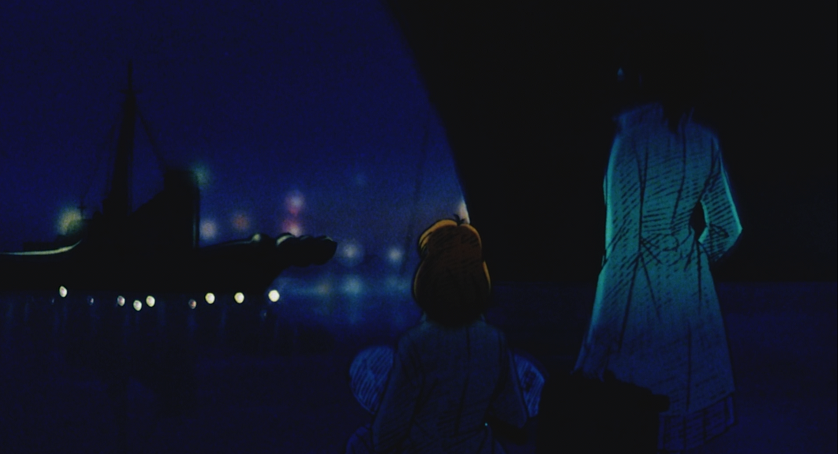 Is that a ship sailing on the sea of stars I see?! Oh wait, those are ※☆ shoujo sparkles ☆※.

Hold your horses captain, I have a shoujo movie to get back to! At its bare premise, the story is about a high school girl Hiromi Oka and her struggle against the extreme demands of coach Jin Munakata. Against Hiromi’s wishes, Coach Munakata forces her to be part of the special team that is to participate in upcoming high school tennis tournaments despite her extreme lack of experience and lack of natural talent. It does not help that her idol Reika Ryuuzaki, nicknamed Ochoufujin (Madame Butterfly), has no faith in Hiromi’s ability to improve.

I love it when I go and visit classic high budget anime productions and get a strong feeling of the raw emotions that permeate through the work. Coach Munakata is a hard-boiled hard-ass and when he’s not being a jerk to Hiromi or the other girls, he maintains a mysterious air of silence. The other characters don’t really know what his deal is or what he sees in Hiromi that drives him to push her to her limits. No one, not even Hiromi herself, belives that she has the capacity to achieve greatness. But Hiromi gives it her all because the coach insists so strongly that she can become the best of the best. Damn it she’s going to push the limits of her youth all the way through to the end, no matter how arduous and torturous training is! I have a soft spot for this sort of intense determination so for me it was very easy to root for Hiromi. 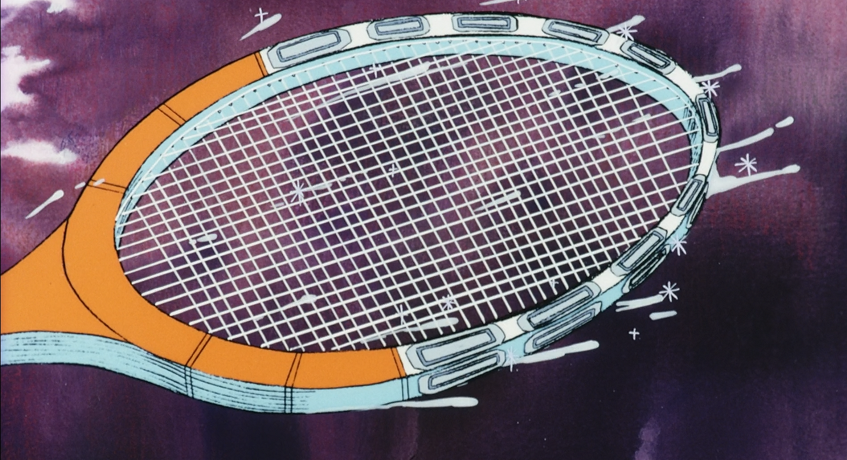 As one would expect, the film has a lot of soft, flowery girly imagery. But that’s not all! There are various scenes of Hiromi training throughout different times of day or outdoor conditions: early morning, afternoon, dusk, bright and sunny, raining, and so forth. These various conditions affect the lighting on the scenes and the warm color palette Dezaki loves so much adds a very perceptible sense of realism to the shots. The colors and lighting adjust themselves appropriately to match these various conditions. Fans of Dezaki’s work that look forward to the dutch angles, stark lighting, and postcard memories will not be disappointed because this ride is teeming with all those famous Dezaki trademarks. Indeed, the scenes are so vibrant and rich with life, color, and dare I say, youth. 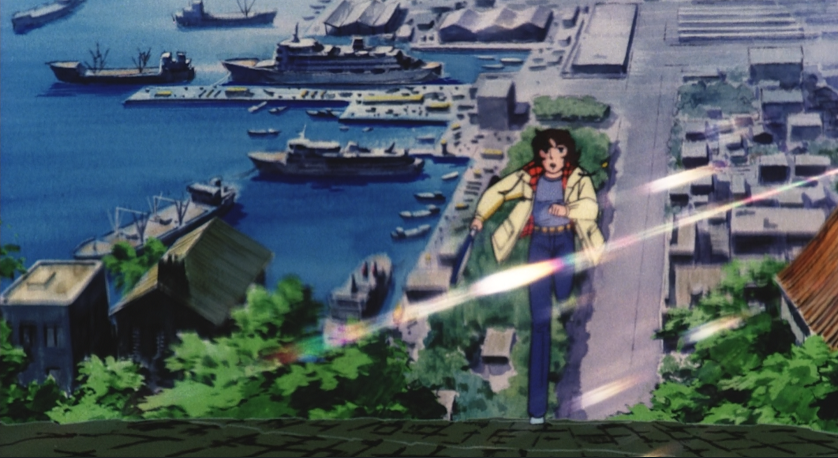 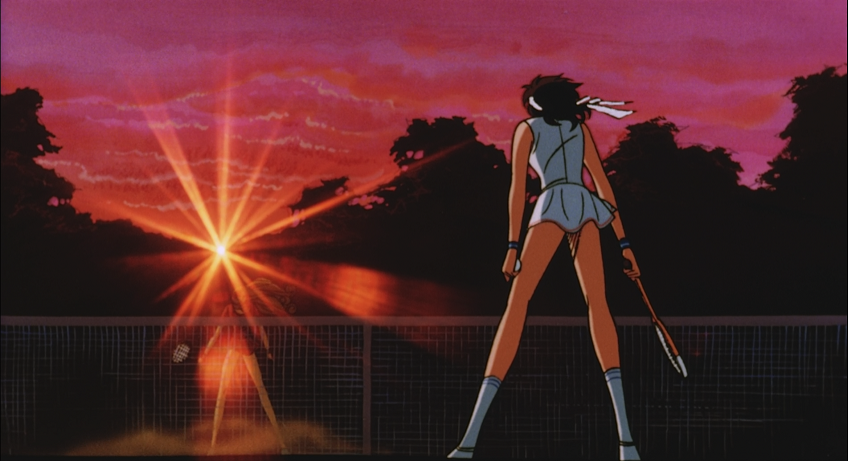 You can SEE those sunrays!

I feel that to modern sensibilities some of the melodrama may actually be a harder sell than the dated charater designs. Although I love Dezaki’s melodrama there are two points in this film where I couldn’t help but laugh. Both instances were due to some of the extremely absurd dialogue from or plot developments about Munakata towards the end of the film. I don’t want to give anything away but suffice to say it took me out of the experience briefly.

Although I wasn’t intending to, I ended up marathoning the original TV series from 1973 and it does indeed drag on, and various characterizations are noticeably different from the movie. I would say that the characterizations (especially of side character Otowa who has very little presence in the movie) that were left out of the movie make it a tighter and more compact story. My recommendation is definitely to just stick with the movie if you want the best that there is to see of this story arc. 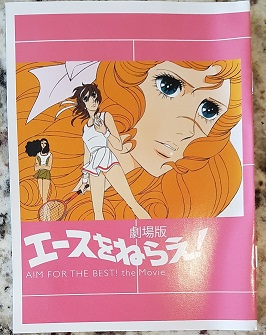 The BD release included 12 page color booklet; contained within is a fanciful description of the film, an interview with voice actors Nachi Nozawa [野沢那智] (Jin Munakata) and Makoto Kousaka [高坂真琴] (Hiromi Oka), and some various factoids on the last page. The interview is not particularly interesting and neither are most of the factoids. Unfortunately, this booklet does not include an interview with Osamu Dezaki that was apparently included in the DVD release of the movie. For a movie that retailed at ~$70 before tax, you’d think they would at least try and include as much as possible but nope. The Blu-Ray disc itself only has the trailer for the movie as an extra. Damn it Bandai Visual.

I’ve included below the snippets from the booklet that stood out to me the most.

Nozawa: My dear friend director Gisaburo Sugii once said “Anime lives through its casting”. No matter how much the picture tries, the picture in and of itself has no life. Voice actors are the ones who breathe life into it.

・ 本作はロードショー時は、実写映画と二本立てで興行された。同時上映作品は「ピーマン８０」。
– On its roadshow theatrical release, Aim for the Ace! was billed as a double feature with the Japanese live action movie Peman 80.

・ 今回の劇場版『エースをねらえ！』のBlu-ray Disc化にあたっては、オリジナルネガから新たに３５ミリポジフィルムを作成。それをもとにテレシネ作業を行い、HDマスター制作には、出崎統監督に監修としてご協力いただいた。
– For this Blu-Ray release, new 35mm reversal film was created from the original negatives. From that, HD masters were produced via telecine under the supervision of director Osamu Dezaki.

I managed to find this flyer advertising the double feature on Amazon Japan. 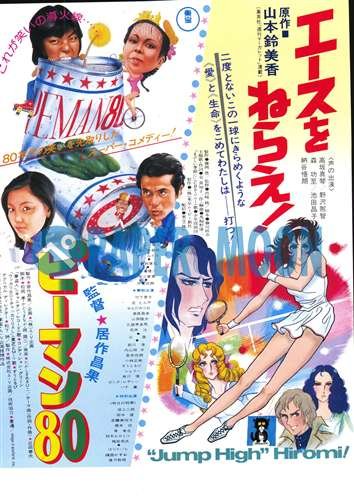 Well I don’t think I will ever be able to live as youthfully as Hiromi did since I spend a lot of time sitting on a chair staring at a monitor, but I sure want a cel now to capture the youthful and vibrant scenes I witnessed.

Alright, I’m not allowed to use the word “youth” ever again :P.

For anyone else who’s seen the film I’d love to hear your thoughts. If you haven’t seen it yet, I hope you’ll consider checking it out (sadly, no official English release but a fansub exists; oh mighty Discotek gods please bestow upon us a release of this wonderful movie).