I’ve had a book on Osamu Dezaki from 2018—the same year as the 50th anniversary of Tomorrow’s Joe—lying around mostly untouched since I bought it, and I finally decided to start reading through it recently. Inside was a short contribution from Akio Sugino, where he briefly reflects on both Dezaki and others he encountered throughout his career. After skimming through it, I figured I could translate it without suffering as much as I normally do.

I also want to shout out a potential upcoming Osamu Dezaki documentary from Joe & Silwer Productions. I would really like to see this happen so if you are interested at all please give them a follow on Twitter here (@IMPACTCINEMAS) and Instagram here (@howdezakidoesit) and spread the word! 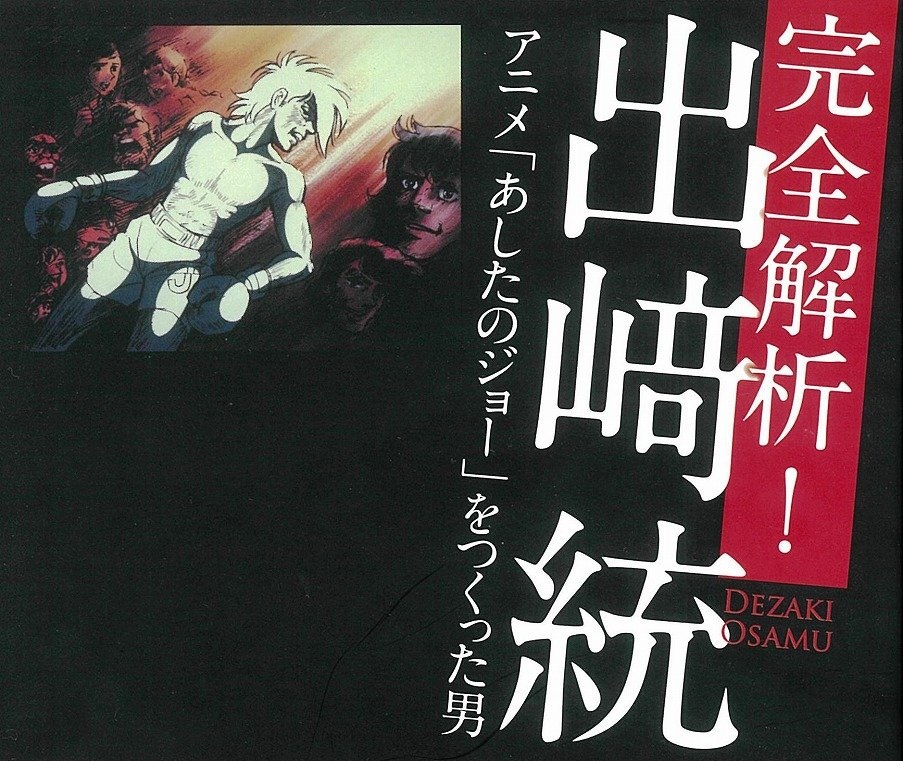 Under director Dezaki, I immersed myself and tried my best to animate Joe. I was still a naïve, inexperienced 27 year-old.
—Akio Sugino
Animation director on Tomorrow’s Joe and Tomorrow’s Joe 2.

Profile
Akio Sugino. Born in 1944. He was the animation director for many titles including Tomorrow’s Joe, Aim for the Ace!, Treasure Island, and The Tale of Genji Millennium: Genji. Together with director Osamu Dezaki, their record justifies the moniker “the golden combo.” His directorial debut was on My Son-Goku in 2003.

The day-to-day at Mushi Pro and encountering Osamu Dezaki

I entered Mushi Pro around the period of Astro Boy (1963). I recall it was specifically around the time photography work was underway on an episode directed by Chikao Katsui (Episode 84: “The Dolphin Civilization”).

During that period, Dezaki had already left Mushi Pro, and he would do key animation and direction work for Astro over at studio Art Fresh. On what was likely Dezaki’s desk were his lonely, deserted drawings on inbetween animation sheets. Even now I still remember this sight.

His gekiga was published in Kinensha’s Matsumoto Masahiko’s Mystery Magazine and Suzuki Publishing’s X. I think I came across two or three of his works around that time. My impression of his art was that it had a touch of Tezuka paired with a hard-boiled story. I’ve forgotten the title, [1] but I recall that the work featured a murderer kind of like (Shōtarō) Ishimori’s (now Shōtarō Ishinomori’s) Android Kikaider.

I had become aware of Dezaki’s work in the animation industry starting with Astro. Among the episodes of Astro… Episode 123: “Captain Dog,” episode 132: “Prince Louis,” and episode 143: “Bird Street Story” had an uncommon dark and heavy feel. “Wow, Osamu Dezaki’s directing is amazing! There’s just something to it!” Even afterwards, I continued to look over the other Mushi Pro projects he was involved in: Goku’s Great Adventures (1967), Boys’ Detective Team (1968), and Dororo (1969).

Starting with Osamu Tezuka, I have memories of many people from the Mushi Pro era, but one in particular left a deep impression on me from the production of Kimba the White Lion (1965): my senior Yoshitaka Rachi. I was assigned to both key animation and inbetweening, and had my desk lined up next to his. We’d play catch during breaks around noon or early afternoon, and sometimes he’d stay over at my three-tatami-mat apartment and we’d drink together. When we drank, all we talked about was work… Fun times. A few months later he passed away at the young age of 27, if I recall correctly.

Dezaki’s directorial debut was in 1970 on Tomorrow’s Joe, where I was the animation director. I was a fan of Tetsuya Chiba’s since Yuki’s Sun and 1, 2, 3 and 4, 5, 6, so of course I was obsessed with Joe as well.
My hope is that people today who watch Joe get a sense of our fervor at the time, which spanned across consecutive all-nighters.

My mother passed away during the production of Sabu and Ichi’s Detective Tales (1968). I was in kind of an absent state of mind as though my heart had a gaping hole. The Chiba fan in me filled the gap by immersing himself entirely into working on the Joe anime.

Regarding the tight schedule of Tomorrow’s Joe, apparently short-staffing has been cited as one of the reasons for issues during production. In my opinion however, compared to the anime production system as of late, relatively-speaking we had a lot more staff back then. The troubles with staying on schedule had more to do with us animators (myself included) not being accustomed to the gekiga touch (a more realistic style), and our lack of drawing ability.

One good aspect of Joe‘s production was that I could go back to my single kitchen room apartment once a week. On top of that, when I finally came back I was greeted by the water, gas, and electricity being shut off. With no other options, on several occasions I’d take my kettle pot and go to my neighbors’ to get water.

Over 10 years later, the sequel Tomorrow’s Joe 2 was greenlit in 1979, but Dezaki and I were still working at Madhouse which produced both Animated Travels: Marco Polo’s Adventures and the Aim for the Ace! movie simultaneously. Before that, they also simultaneously produced Manga Fairy Tales of the World (1976, Dezaki credited as Kan Matsudo) and Jetter Mars (1977), and they intended to continue this parallel production style. Ultimately, I wanted to focus solely on the Joe sequel, and Dezaki felt the same way, so we left for the new studio he established: Annapuru.

The techniques—heavily utilized in Tomorrow’s Joe and Joe 2—comprising Dezaki’s distinctive style, such as triple camera pans and repeated action scenes, were originally conceived as desperate measures to reduce the labor of animation in my view (laughs). Camerawork, lens flares, wavy glass, color gradation (a method of darkening a section of the screen), and attached multiplanes (a method that involves moving the foreground and background at different speeds to convey depth) were ideas made possible thanks to the techniques of the photography staff. Dezaki especially had complete trust in Takahashi Production’s president Hirokata Takahashi (an interview with him can be found on page 146 of this book), the cinematographer on Joe 2.

Treasure Island is packed with playful fun between director Dezaki and myself.

I’ve been involved in much of director Dezaki’s work, but the one I have particularly strong memories of is 1978’s Treasure Island. I did the character designs on those, but they were based off of Dezaki’s designs. That and the live action movie adaptation (1950, directed by Bryon Haskin)—of the same source novel—made my job a fair amount easier. The vice-captain Billy Bones resembles the corresponding live-action movie actor quite closely.

Treasure Island was packed with playful fun between Dezaki and myself in its photography and music. Thanks to this, the show was so popular it apparently spawned two or three fan clubs.

When I look back at it now, I learned a lot from working on the Japanese-American co-production Mighty Orbots (1984). In contrast to the three basic mouth shapes for character speech in Japanese animation, English has eight different ones which I just couldn’t comprehend… There’s no way the result could be considered effective animation (laughs). At the time, I felt the only merit to this work was the adequate compensation.

I’ve teamed up with Dezaki on a lot of projects, but I hardly ever saw him at the studio. He drew his storyboards at home.

However, at the post-meeting drinking parties he was always all smiles. He didn’t drink much, and could exhibit an enka performance which would put Hiroshi Itsuki to shame. I’ve also experienced this performance two or three times inside of Dezaki’s beloved car.

This year marks the 50th anniversary of Tomorrow’s Joe, and due to this occasion there are likely people who will watch director Dezaki’s Joe and Joe 2. I was a naïve and inexperienced 27 year-old who tried his hardest under director Dezaki to animate Tomorrow’s Joe. Now I’m 73 years of age, and it is too embarrassing for me to rewatch this work… But every now and then I’ll receive letters from Joe fans overseas, which as expected is quite a delight. We can no longer meet much of the staff from that time,[2] but my hope is that the audience picks up on our fervor—which spanned across consecutive all-nighters—embedded in the show.

Source: Article on pages 120-123 of the book Complete Analysis! Osamu Dezaki, the Man who Created the Tomorrow’s Joe Anime, published on March 26th, 2018. It can be found on Amazon Japan here and Honto here.