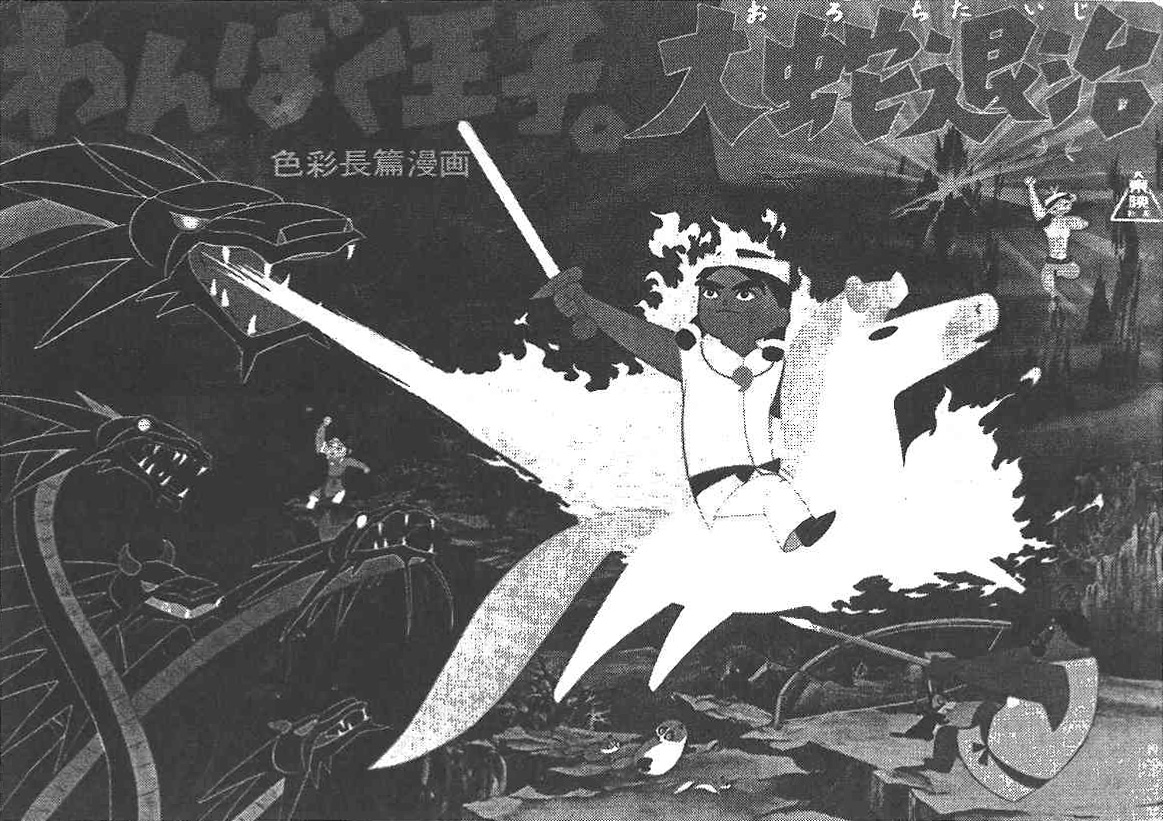 ~Regarding The Tōei Manga Festival~ 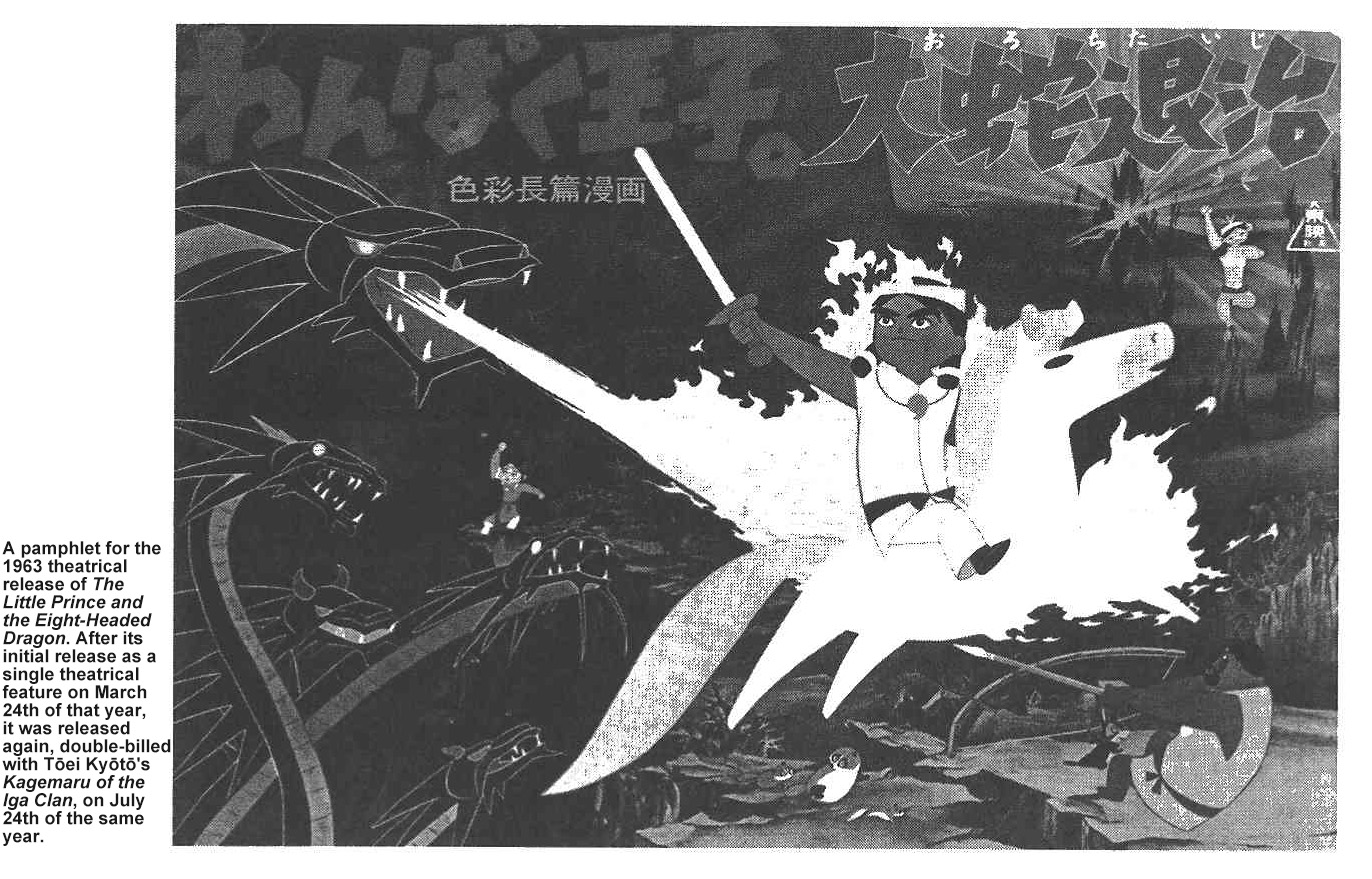 The initial era of feature-length Tōei Dōga Manga Films began with Panda and the Magic Serpent [Hakujaden]. Most films were double billed with typical theatrical films and released during the summer and winter during school breaks for children. The revenue for this double feature box office format with Tōei movies was split in two with the Tōei headquarters. However, Tōei Dōga wanted to capture all the box office revenue for themselves. The breakthrough solution they came up with was to do an experimental screening of 1963’s Doggie March. The accompanying film to this screening was actually their TV series Wolf Boy Ken. The screening took place at the theater in Marunouchi, Shibuya. Due to its favorable reception, later it became convention to release manga films by themselves at the box office. This is how they conceived the breakthrough box office format used under the titles “Tōei Manga Festival” and “Tōei Anime Fair.” Tōhō sold films under the same box office format under the title “Tōhō Champion Festival.” The main feature on the program was monster [kaijuu] films; it was never new theatrical manga films. On the other hand, the box-office premise in Tōei’s case was that the new manga feature films were the main feature, with another title as accompaniment. Introducing the history of the “Tōei Manga Festival” would require several tens of pages, so I’ll defer that to another time. For now, I would like to show a few pamphlets from Tōei’s early era, which served as movie previews. 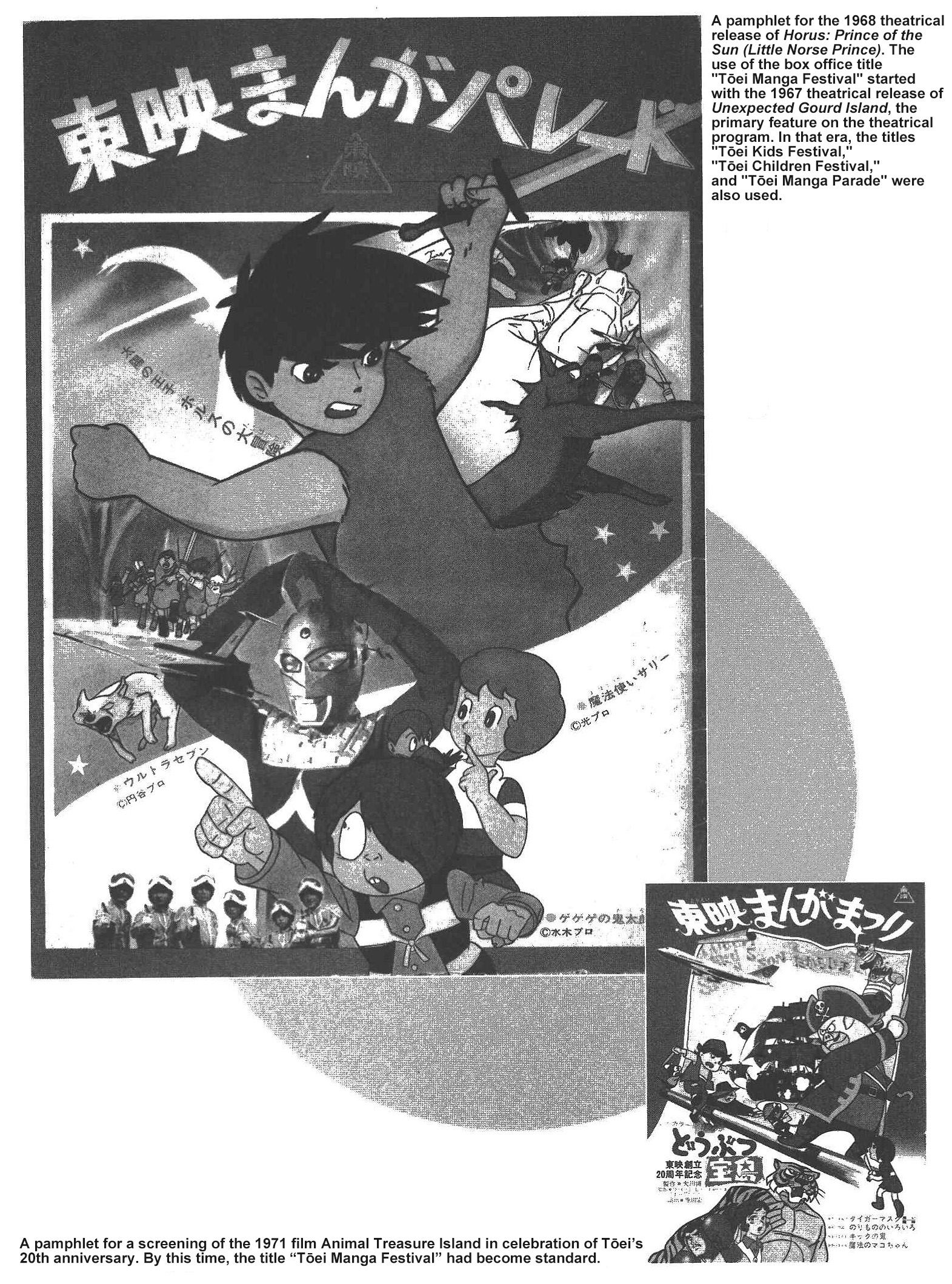 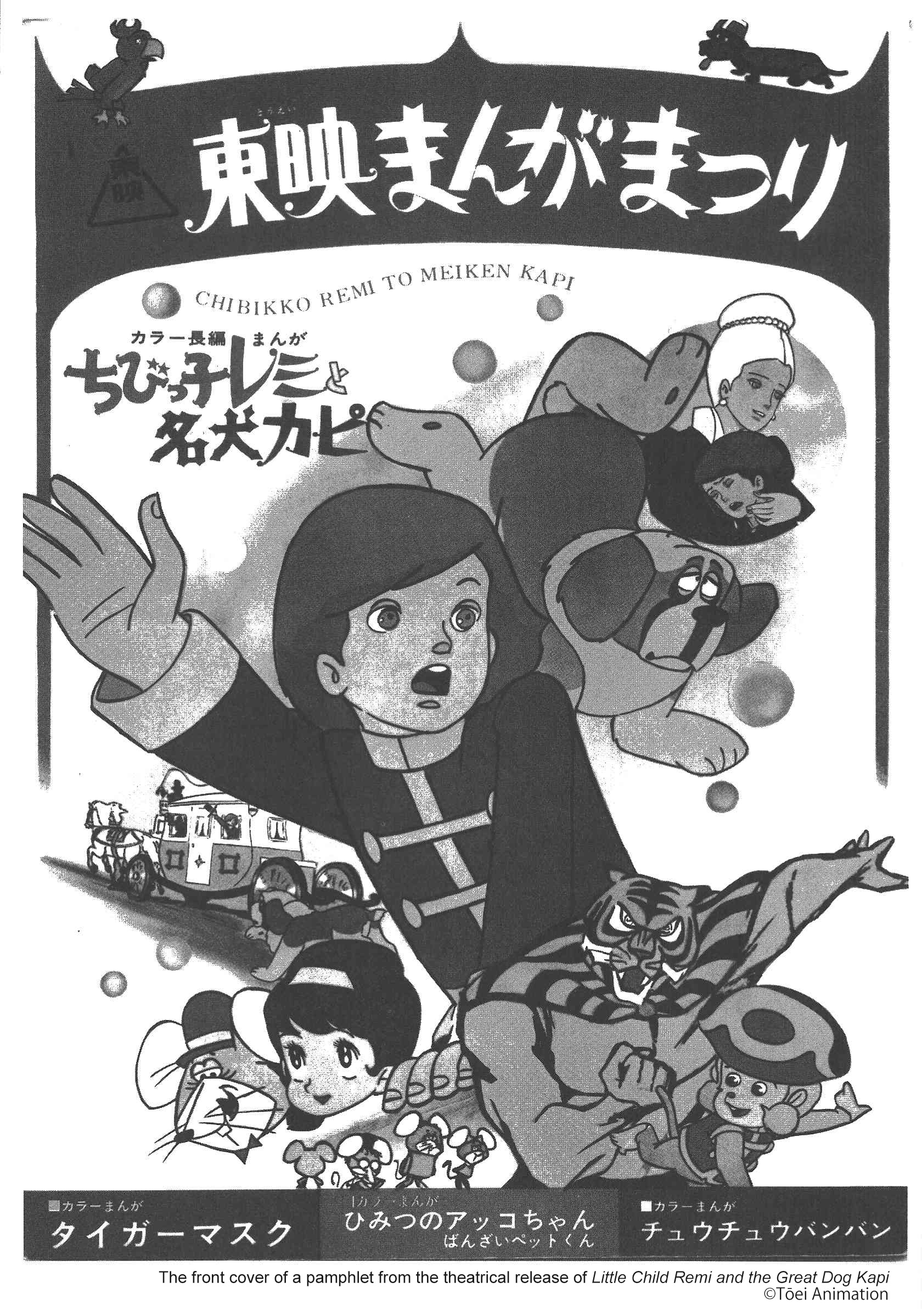