Despite using the same profile picture for this blog’s entire existence, somehow there hasn’t been a single article with any coverage on Bobby’s Girl until now.

The excellence of Madhouse stems from its opennessToshio Hirata

A Yamagata prefecture native born in 1938. In order, he enters Tōei Dōga, Mushi Production, the world of commercials, Sanrio, and then finally Madhouse. His representative works are Kimba the White Lion; Unico; Bobby’s Girl; Fair, Then Partly Piggy; It’s The Sea! Set Sail! Niko Niko, Pun [Umi da! Funade da! Nikoniko, Pun]; The Pet Shop of Horrors; and many others. 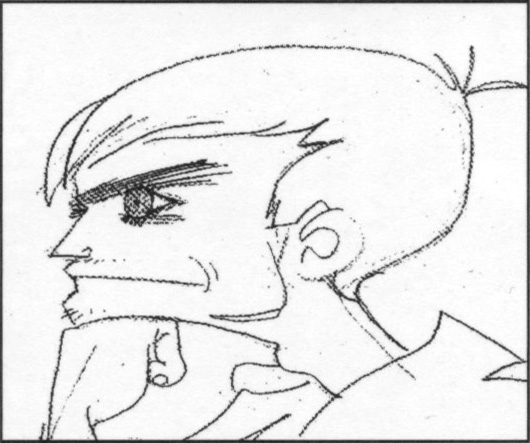 Me at Mushi Pro, as depicted by Dan (Shinji Nagashima).

A chief director who directs the workplace, not the work

After studying at an art school, I entered Tōei Dōga and started as an apprentice animator. I hadn’t even heard of the word “animator” on the recruitment test, but I still got in somehow (laughs).

Rin(tarō), (Gisaburo) Sugii, Hayao Miyazaki, and those folks were all from Tōei. I joined Yasuji Mori’s team and learned under an apprenticeship kind of system. The episode directors, such as Isao Takahata, were all well-established in the industry; on the other hand, us animators were just a bunch of degenerates (laughs). Then, Mushi Production reared its head. Word came about that (Osamu) Tezuka had started a company to create animation slightly differently from what had been produced prior. People figured that something unusual was afoot over there. Somewhere, a bunch of flashy degenerates took the lead and left for Mushi Production. They were the young, angry ones like Rin and Sugii (laughs). Then, Rin and the others encouraged me to come with them. I have this “illness” where every four years I get bored and dislike what I’m doing; I end up wanting to leave for something new. They invited me right around the next iteration of this cycle, and so I decided to go, since I could work in animation.

It was an era where there was talent, but technique was still undeveloped. Mushi Pro had the appeal of the great, sparkling sun that was Tezuka. Gathered around him, however, was a horde of degenerates (laughs).

I met Maru (Masao Maruyama) around this time. Although he was with Mushi Production since the beginning, he was a fellow degenerate. A degenerate! There’s no other way to put it (laughs). People who create usually possess that kind of quality. In the Mushi Pro days, I would occasionally support and assist the production for Tomorrow’s Joe, but I didn’t work together with him for the most part.

Back then, the workplace director [1] was a role he created himself.

It’s different from the work of a producer. It’s closer to the work a creator does when story crafting. He worked together with the screenwriters, checked the work of others, and also got involved with episode direction. It was a role that had its hands in everything. In this sense, he performed the functions of guiding subordinates, making individual contributions to the productions, and directing the activities of the team. He wanted to stay on the creators’ side, but there were also intriguing aspects to the producer role. Perhaps he conceived of the title “workplace director” when trying to summarize all those different functions.

There wasn’t anyone who possessed all the skills to do this job. Even if there was, I think he just forcibly created this role, considering I’ve never heard of it elsewhere.

He’d get involved from the planning stages. However, if an episode director was necessary, then he’d change roles. In this sense, he was the chief director who did not direct. In any case, he was unique.

I figure the origin of Madhouse can be traced back to this.

Publicly, I refer to him loosely as a producer. But the essence of his role was that of a president who conceived of and directed the grand design of Madhouse. In my opinion, he structured the company so it would be a comfortable place to work.

Also, the unique characteristic of Madhouse was its openness. People were free to come and go; there were no closed doors. Many people went back and forth between Ghibli and Madhouse. Mysterious wanderers, such as Akitarō Daichi, would come out of nowhere and seat themselves. Then all of a sudden, they’d disappear. This felt like one of the positive qualities of Madhouse.

In the Astro Boy days, you’d get told, “Hey, tomorrow you’re going to do episode direction.” Everyone was inexperienced at film production, so you’d just say “Okay.” That’s how I got roped into it (laughs). Of course, I didn’t know anything about techniques such as montage, so Astro Boy, Kimba the White Lion [Jungle Emperor], and Princess Knight are filled with shots chaotically strung together.

By the way, I heard that when they were dubbing the American version of Astro Boy, Eden of East director Elia Kazan from the neighboring studio was intrigued and watched the whole time.

Motion would get abbreviated abruptly. For example, all of a sudden Mustachio [Higeoyaji] would jump to the corner of the screen. We did this kind of frame skipping, and it was fairly novel at the time. When TV anime production was in its infancy, there was neither the budget nor the time to do full animation, so Tezuka conceived of the frame skipping technique.

Years later, I saw the French film Zazie in the Metro [Zazie dans le Métro], where they applied this technique as-is. People would suddenly jump across different positions.[2] They did the same thing as us. I’m of the view that it’s fine to use the techniques you want to use. Of course, the actual camera positioning and the division of shots is important, but I feel like there’s something to the overflowing energy of young people that exceeds technique.

Japanese animation isn’t comprised of full animation. It was born out of the method of frame skipping as its foundation. When you can’t rely on adding more frames of motion, it comes down to directing to make up for this. The techniques that fill in the gaps of frame skipping have come so far that on the contrary, there’s a sense of speed conveyed which full animation does not have. This is the origin of Japanimation.

But the way the film is cut is through Japanese aesthetic consciousness, such as, the drastic camera angles, the unnatural directing, and the ostentatiousness. Expression is pulled from motionless sections to deliver laughter. It’s similar to Japanese puppet theater or kabuki theater.

Also, there’s the story. The TV networks told us that we must not use flashback scenes in anime, but Mushi Pro casually did this. The networks insisted it would be too difficult for children to understand, but if you show these scenes properly, then even kids can understand them. This is how we constructed more complicated narratives in children’s material. Japanimation also originates from this. You don’t need to be patronizing just because it’s aimed at children. After all, drama is the same for both children and adults.

For a period of time after I left Mushi Pro, I worked on various experimental anime for commercials. While it did have this cutting-edge appeal, I did want to work on stories again, so I left and went to Sanrio to work on anime movies. This is another instance of the four-year illness (laughs).

When the project to adapt Osamu Tezuka’s Unico came around to Sanrio, I was the only staff member who was available. Even in my days working on commercials, I met with the Madhouse president regularly. I told him that there was a project to adapt a Tezuka manga and we had funding. When I asked him if they would consider joining the project, he said, “We’re in.” It seemed as though I had brought him the perfect opportunity (laughs).

On top of having all the clever talents at Madhouse, Akio Sugino’s schedule also freed up, so I had him do the character designs. He did a great job. After being on loan to Madhouse for a year, I found it quite comfortable. In the end, I left Sanrio and settled down at Madhouse. 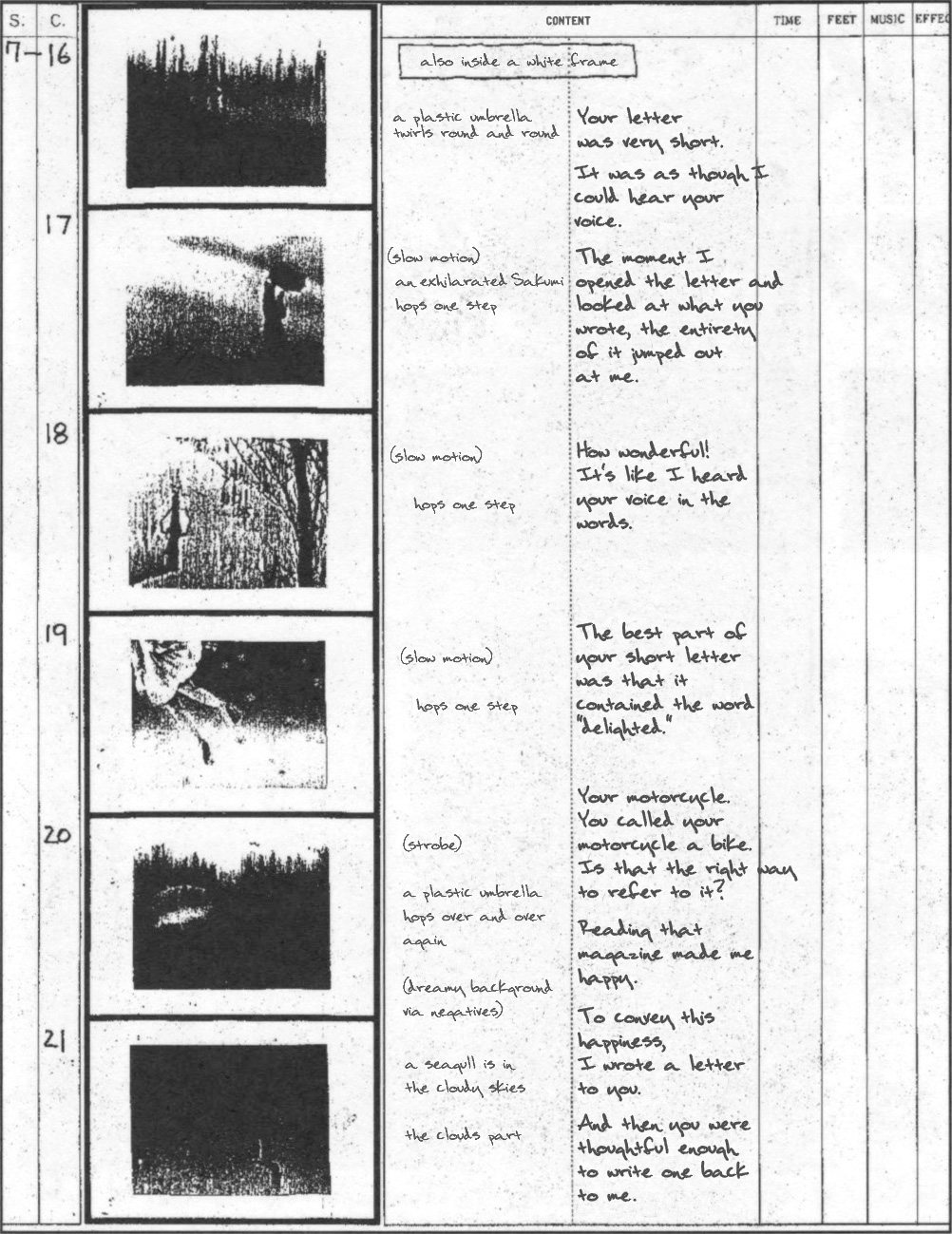 [3][4][5] Bobby’s Girl, which I did after coming to Madhouse, is a collection of techniques I learned from working on commercials. From beginning to end, I did whatever I wanted. It’s one of few such works. I’m relatively proficient at taking on this kind of dry material. Even in commercials (such as those for Renown [6]), I used a pop art style too.

I understood it would be tough, but I persevered and made Yoshio Kataoka’s hard-boiled world more stylish. It turned out rather pleasant.

Barefoot Gen came afterwards; that was extreme. I was an artisan employed in animation, so I worked on anything. Anything except for mecha. Although, despite saying that, I ended up adapting a bike story (laughs). 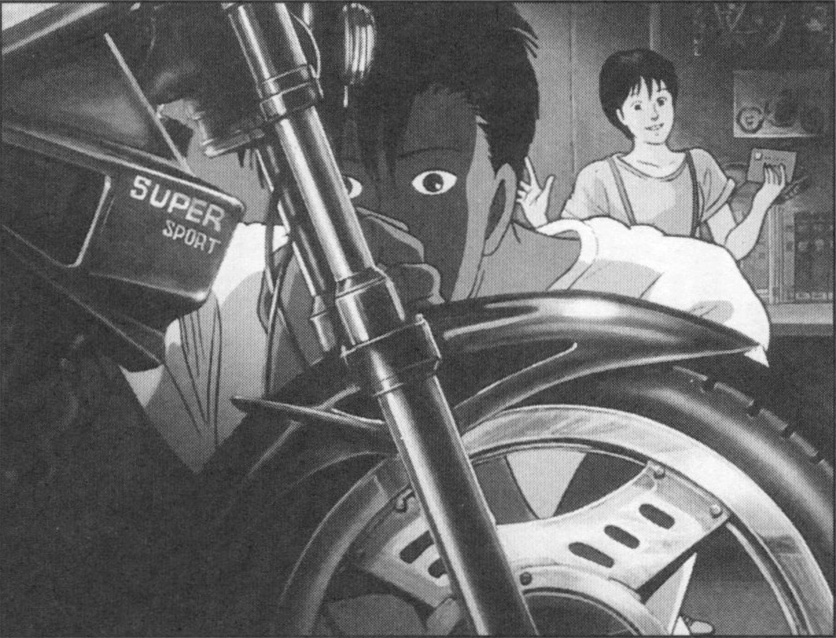 After sticking around Madhouse, the four-year illness reared its head again (laughs). Kazuo Komatsubara and I wanted to attempt another style and adapt Fair, Then Partly Piggy. When the invitation came from background artist Isamu Tsuchida, an inspiration of mine, one thought that came to mind was the desire to learn screen composition. I asked the president to let me work for them on loan for a year. When the project was nearing its end, he kept stopping by to tell me, “It’s about time for you to come back.” As long as my turn would come, I figured I could continue to stay at Madhouse.

Nowadays, we have tools like computers which are very convenient and ease the burden on our bodies; I think even if I reached 80 years of age, I could keep working. But no matter how much digitization happens, in the end, the foundation of animation is its originality. What do you want to want to draw on a blank sheet? How do you want to depict it in motion? You have to start with this kind of imagination. Even though software provides convenience, it cannot provide imagination for you. That’s why I think we’ll continue to have our turn to work. 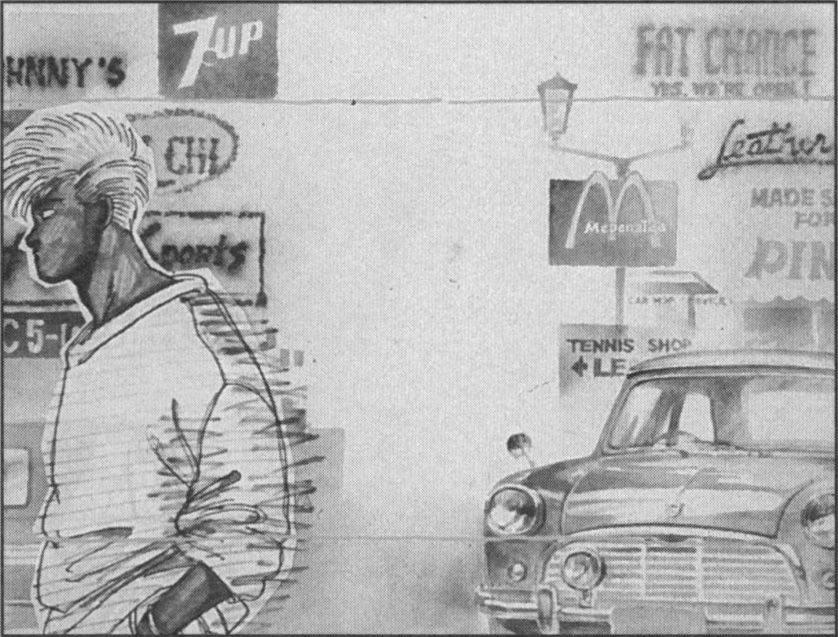 Bobby’s Girl ©1985 Yoshio Kataoka / Kadokawa Shoten Publishing.
According to Mr. Hirata, “Even though mecha is one of my weaknesses, I ended up adapting a bike story (laughs)”
Source: Pages 72-73 from the book Mad About Madhouse ~ Obsessed with Madhouse! ~, published on July 7th, 2001. It can be found used on Amazon Japan here.

This book contains articles from the following Madhouse staffers:

It also contains articles from the following participants of Madhouse productions:

For anyone who is interested in reading more about Toshio Hirata and his work, I strongly recommend this phenomenal article: An Honorary Compendium of Writings on Toshio Hirata (平田敏夫) and His Collaborators.