Work Outside of Tokyo Movie

Kinejun: Did you do the character designs for Urikupen Rescue Team [Jungle Tales]?[1]

Sugino: Yes. I did the characters and… Oh, this is for a magazine.[2] I participated in the capacity of doing original work.

Kinejun: So it wasn’t an adaptation, but an anime original?

Sugino: Yes, it wasn’t adapted from anything. The naming scheme was comprised of U [usagi], ri [risu], ku [kuma], pen [pengin], which stood for rabbit, squirrel, bear, and penguin respectively.

Sugino: The characters were designed first, and then the story was conceived afterwards. I believe the sponsor was Nichirei, the frozen food company.

Kinejun: The project planning was done on MK’s side.[3]

Sugino: Yes, I think so.

Sugino: Also, I was an animation director for three or four episodes of Tatsunoko’s The Song of Tentomushi.[4] I’ve been told the art is completely different from the original manga though (laughs).

Sugino: Yes. Dino Mech Gaiking was also not an adaptation of anything else. Since it was completely original, it wouldn’t fly with Tōei Dōga or the agencies to just sell the idea on the story alone. So I was asked to draw some designs for it and so I did, including the transforming robot. Because of that, I ended up getting credited for the original idea.[5]

Kinejun: I believe Takeshi Shirato drew the character model sheets, so then you would have drawn the initial designs at the draft phase?

Sugino: Yes, although my designs were only used in the opening and ending, not the rest of the show.

Kinejun: Did you do any animation direction for the show?

Sugino: Yes, for two or three episodes. I think Dezaki worked on two—no, one episode? And Hideo Takayashiki worked on one episode. For those episodes I was both a key animator and an animation director. (Editor’s note: According to documents from Tōei Dōga, Hideo Takayashiki was an episode director for episodes 11 and 18, “Don’t Cry Hachirō” and “Spaceship Noah’s Ark” respectively. Sugino credited as an animation director for only those two episodes. No episodes could be found where Osamu Dezaki is credited as an episode director.)

Sugino: Around that time I also did both key animation and animation direction for Ancestor Genius Bakabon. I recall this being very difficult. I also did the animation for the ending.[6] That work really dragged on for a while. Oh and I also worked on a project that Yasuji Mori worked on: Laura, the Prairie Girl. I think I did two episodes. Besides that, I also drew keyframes for 20-30 shots of Heidi, a series which Kotabe[7] worked on.

Kinejun: How about 3000 Leagues in Search of Mother?

Sugino: No I didn’t work on that. They didn’t let me due to scheduling conflicts. I really liked that one though. Now that I think about it, I did work on Vicky the Viking.

Kinejun: So around that time you were working on a lot of Nippon Animation projects.

Kinejun: How was working on the 1976 Manga Fairy Tales of the World series? Even though it was a commercial anime, I’d imagine that even within those confines you could still demonstrate your personality.

Sugino: Both Manga Fairy Tales of the World and Jetter Mars aired on the same time slot at different stations—they were counterprogramming. Occasionally I did animation direction for both titles, and all I remember was how difficult they were. This was disrespectful to Rintaro, but I put more effort into Manga Fairy Tales of the World than Jetter Mars. I got to do loose storyboards for the former,[8] so it was a fun time. Jetter Mars was a Tōei Dōga project, and because of that it didn’t really have a Tezuka tone to it. Animation direction for that show was really hard. There were also other Tōei folks who did animation direction for individual episodes, and I had to make corrections on top of them. People got very upset with me.

Kinejun: And the individual episode animation directors at Tōei Dōga each had their own style.

Sugino: I told them that we had to redo the shots because their art styles differed. I got many phone calls in response demanding to know how they were supposed to draw. They told me that it was too difficult to draw the keyframes. Working under that system was really difficult.

Sugino: There were about 5 animation directors and they’d rotate among each other swiftly. They’d turn a blind eye to small discrepancies between drawings.

Kinejun: To celebrate the 25th anniversary of Nippon Televsision, a 3D anime TV series of Nobody’s Boy: Remi [Homeless Child] was announced. Was it difficult in terms of the animation work?

Sugino: The most difficult part of this production was the length. If the shots were too short then the 3D would be quite tiring. So the amount of 20, 30 second shots increased, and directing became quite difficult. Dezaki’s episode direction was quite different from his episode direction on Joe and Ace. In the middle of the production we stopped paying attention to the 3D aspect and the show changed. Until Mattia appears, it was a lot of grueling long shots—a single shot would be so long.

Kinejun: What lead to the 3D aspect getting dropped? 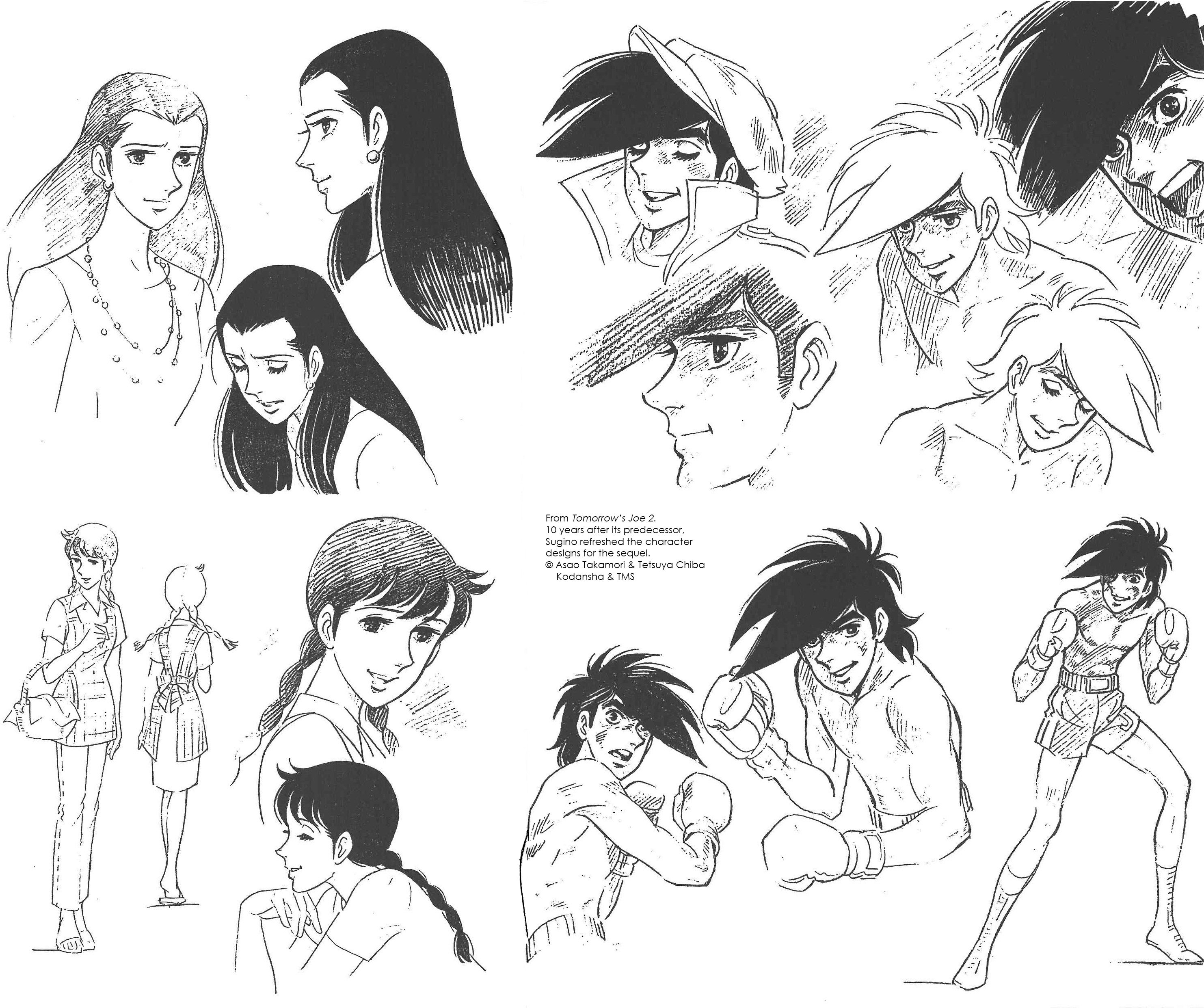 Sugino: The 3D effect didn’t work, and no one actually wore the glasses for it. Apparently the 3D just got gradually weeded out of the show (laughs).

Kinejun: Once you put on those glasses then everything seems to pop out at you.

Sugino: Indeed. The first time I saw an experimental 3D film I was really blown away. All that was shown was a rotating sphere, but it felt like looking at an optical illusion where I was getting sucked into the space of the movie. Recently Hitchcock’s Dial for Murder got remade right. Originally that was shot in 3D, like Nobody’s Boy: Remi. (Editor’s note: Warner Movie’s Dial for Murder (which had a 1955 theatrical release in Japan) was produced as a 3D movie, but for its theatrical release it was screened as a normal film.)

Kinejun: Was it supposed to be seen with 3D glasses?

Sugino: I think that was the idea, but to show something right up in your face, Hitchock would just have a character move over from the right to the left.

The interview continues in part 4 here.